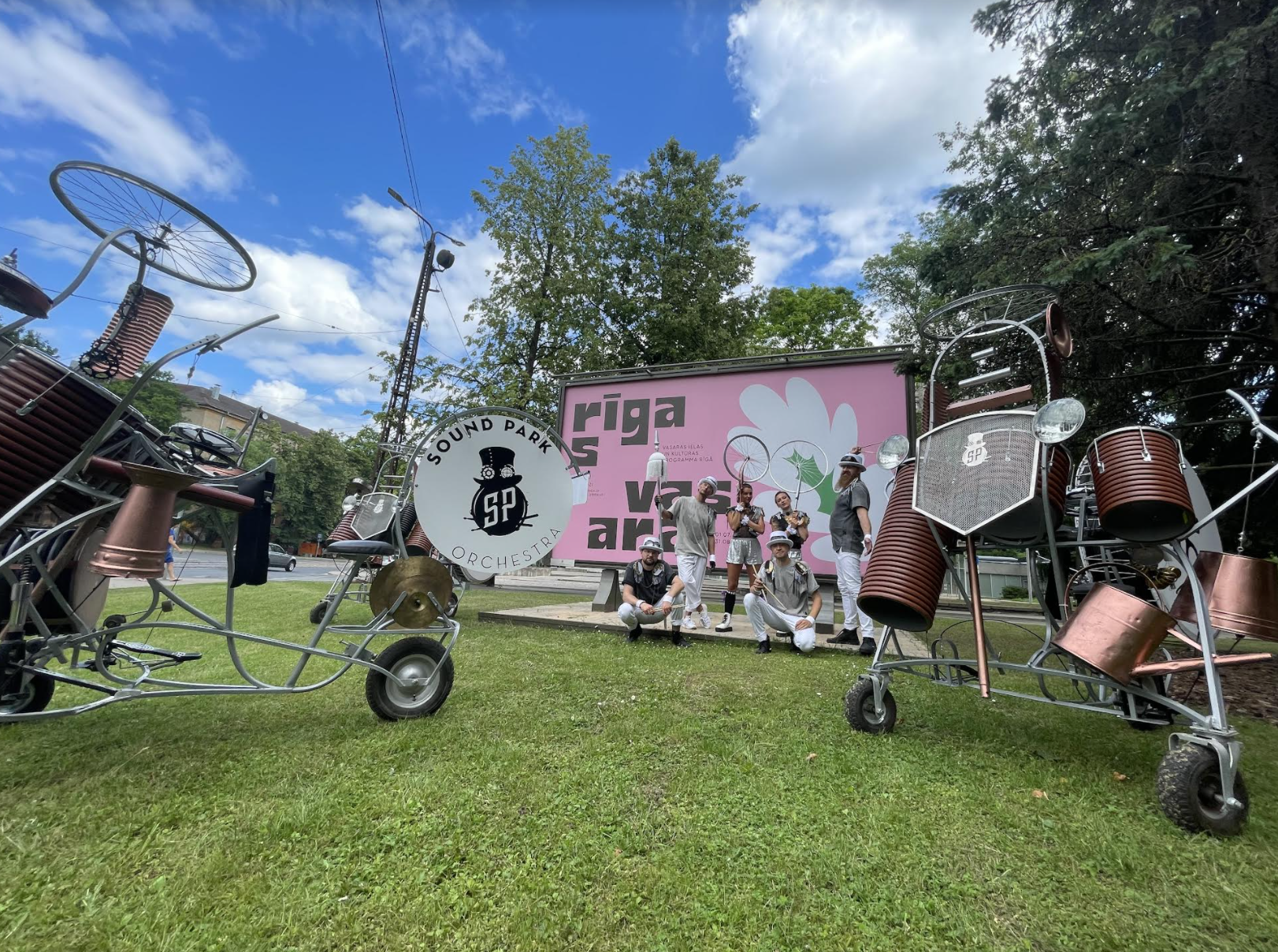 Thanks to Riga Council support SOUND PARK ORCHESTRA will delight the city’s population
as well as its guests.
A musical pop-up march SOUND PARK ORCHESTRA is a unique project in a whole Baltics
because of its appearance and musical genre presented.
SOUND PARK ORCHESTRA is created by a rhythm band Pulse effect, using all creative and technical
skills developed during the years. Three specially designed light metal tricycle-like constructions is the
basis of the orchestra. The constructions are made to be ergonomic for the movements, comfortable for
choreographic drawings, and also to be useable for uneven ground. SOUND PARK ORCHESTRA sound
is provided by several handmade drums, different kind of metallic items such as wheel spokes, bells,
water cans etc. Generally, percussionists move forward with the constructions while playing at the same
time, sometimes they stop to give short, colourful performances together with dancers.
Visually the orchestra is inspired by a steampunk futuristic art subgenre, though the music style of the
orchestra has been composed in a very colourful manner – influenced by Balkans and even Middle East,
but some may hear also the sound of nature like wind, rain etc. Contemporary dancers use this musical
mix to create a real dance style cocktail.
SOUND PARK ORCHESTRA marches on Riga streets overall ten times, each march would last around
an hour, and because of the epidemical restrictions only exact date and location will be announced, but
not the time, so be aware! The last march will be held on 22 August, don’t miss it!
SOUND PARK ORCHESTRA:
A creative director: Dzintars Vīksna
Performance, conception: PULSE EFFECT
A technical director: Kristaps Krolls
A conductor of the orchestra: a choreographer and a dancer Gints Dancītis
Dancers: Santa Malinovska, Egija Abaroviča
The project is supported by Riga Council and is the part of Riga city summer program VASARĪGA. 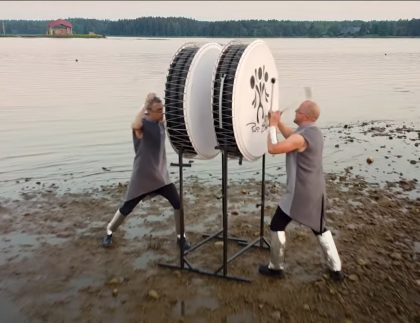 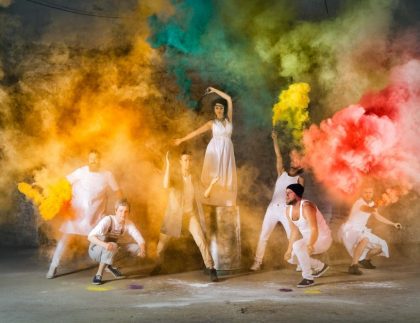 vamtam-theme-circle-post
Energy which will fire any dance floor! We tried and we succeed! A new freshness...
READ MORE 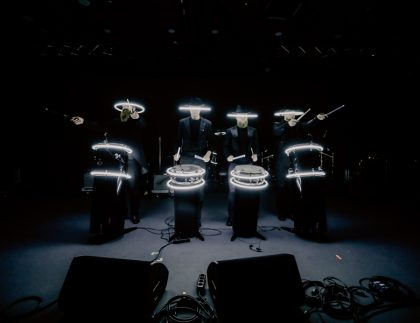 vamtam-theme-circle-post
During centenary of Latvia we have created a new drum show Cosmic Prelude which was...
READ MORE
